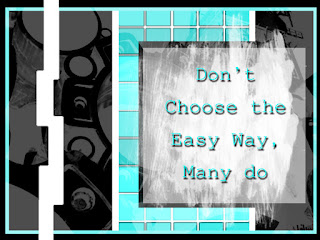 With another wonderful long weekend, we are celebrating the gift of true life in Him. This is the most important yearly celebration.
Isn't God and the way He opened up for us the reason for our Faith?
Resting in God, Trusting Him for his promise of Provision...The Lamb that was slain...

Acts 2:26-28  "And so I am filled with gladness, and my words are full of joy. And I, mortal though I am, will rest assured in hope ... because you will not abandon me in the world of the dead; you will not allow your faithful servant to rot in the grave. You have shown me the paths that lead to life, and your presence will fill me with joy."

Heb 4:6  Those who first heard the Good News did not receive that rest,
because they did not believe. There are, then, others who are allowed to receive it.

Being a faithful servant ... it requires faith in God and acting on your faith.
No Matter how you may FEEL. Do not allow your emotions to rule your life.

Jesus did not particularly look forward to the hard road ahead, Did he look forward to being rejected, bruised and beaten?  He submitted his Will to His Father's out of and the Father brought Him back to life on the third day. He trusted himself to His Father.
Just like Abraham trusted God when God asked him to sacrifice his son Isaac...
Follow Jesus ...walking in Obedience - He says, if you love me, you will obey Me.
It sure is easy to talk and agree, but the true test is when you have to act on what you have heard.

The Bible says, if you hear and do not do, you are like a man who built his house on sand, it will not stand in the storm...But if you hear and act out of faith on what you have heard in faith, then you are like a man who has built his house upon a rock. And the storm did not destroy the house.
Point of the matter is...THE STORM is a given. No easy sailing if you believe or if you don't believe, the Storm is coming. Question is, where will your house, or rather where will you be found, built on sand or on the Rock that is Jesus Christ?

"But the gate to life is narrow and
the way that leads to it is hard,
and there are few people who find it.
Mat 7:14


"For God loved the world so much that he gave his only Son, so that everyone who believes in him may not die but have eternal life.
For God did not send his Son into the world to be its judge, but to be its savior.
Those who believe in the Son are not judged; but those who do not believe have already been judged, because they have not believed in God's only Son." John 3:16-18